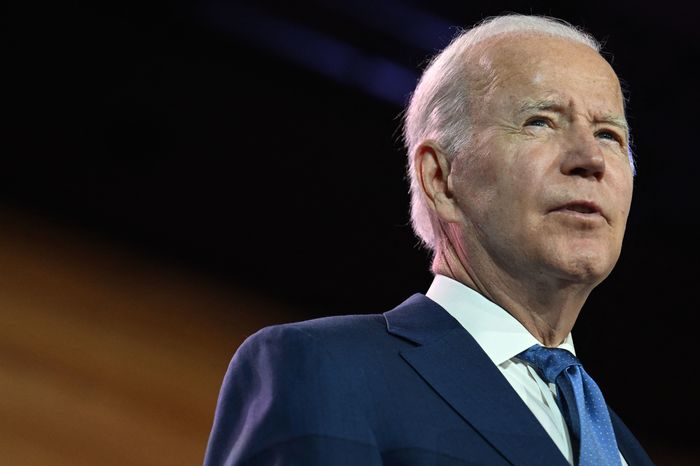 White House official says president will say inflation is a global challenge, and U.S. is the country best positioned to tackle it

President Joe Biden on Friday is due to talk again about his administration’s efforts to help Americans deal with high inflation, as he gives a speech at the Port of Los Angeles in which he notes progress in reducing backlogs at that key facility.

His remarks are coming after a report on Friday morning showed the annual rate of inflation rose to 8.6% in May, topping forecasts and marking a fresh 40-year high. Rising rents and high gasoline and food prices drove up the latest reading for the consumer price index, or CPI.

In a speech slated to come around 1:45 p.m. Eastern, Biden is expected to say inflation is a global challenge, and the U.S. is the country best positioned to tackle it from a position of strength thanks to his economic policies that have helped the labor market and resulted in more savings and less debt for families, a White House official said.

The president also will underscore how one of the key ways to fight inflation is by lowering the cost of moving goods through supply chains, and that’s why one of his task forces has focused on decongesting the LA port and others, the official added. There are about 40% fewer containers clogging the docks for long periods currently than last November, according to the White House.

Biden’s moves to tame inflation have ranged from the largest-ever release from the U.S. Strategic Petroleum Reserve to programs that aim to make internet service free for 48 million low-income households. But economists have warned that presidents lack powerful weapons for battling high prices.

Analysts have stressed that Biden’s Democratic Party looks on track for defeats in November’s midterm elections if inflation persists. Americans’ frustrations with soaring prices are helping to keep Biden’s approval ratings low — and providing a talking point to Republicans ahead of the elections.

Republicans are widely expected to regain control of the U.S. House of Representatives, with betting market PredictIt giving an 88% chance for that outcome. The GOP is getting good odds for taking back the 50-50 Senate, too, as PredictIt puts that likelihood at 77%.